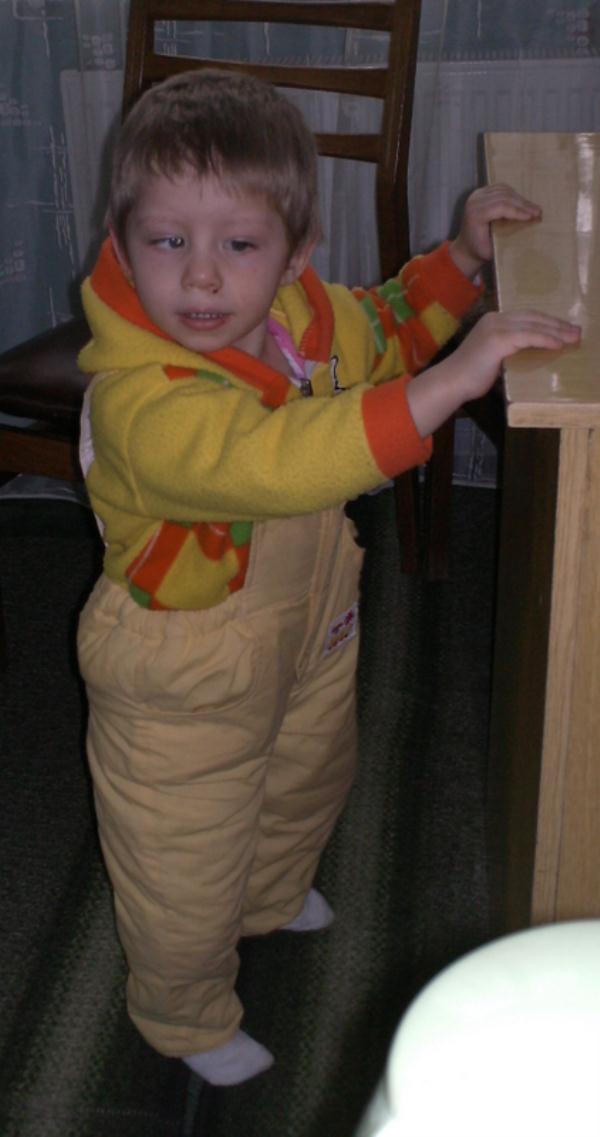 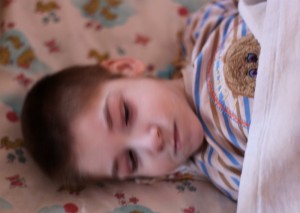 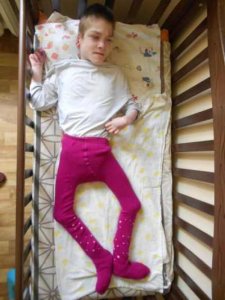 Travis is listed as having congenital defects of the Central Nervous System (CNS).  We don’t have additional information yet on how that affects him overall.

From a family who met him in 2012:    When I saw Travis my heart completely broke.  I remembered his picture where he was sitting up, and it was obvious that in the time since that picture was taken his health and any ability he once had had deteriorated.  He laid nearly lifeless, covered with blankets (mind you it is very hot in the room).  I only have the one picture of him  because his position never changed.  He rarely moved and seemed to be asleep all the time.  The only time I ever saw him move he just rocking his head from side to side very slowly as he grinded his teeth…and grinded…and grinded.  My instant feeling was that Travis had given up on life, and it breaks my heart.

Every time I saw him there was vomit on the blanket next to his mouth.  I suspect it is due to improper feeding.  Like Janna, Travis is living at the orphanage on borrowed time.

Please friends, let’s not let Travis give up on life.  I don’t know what his future ability would be in a family but even if it never changed isn’t he deserving of the love of a family?  Please…someone…rescue Travis.

Update March 2014:     He is not doing well. He appeared very drugged. He just rocked his head back and forth and ground his teeth. He occasionally would moan and he was salivating a lot and drooling on himself. He did not respond to me when I approached at all, he just kept rocking his head back and forth…which is why the picture is a little blurry…he never stopped. 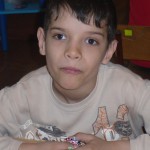 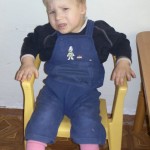