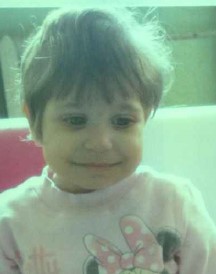 Blair was born premature, with the umbilical cord wrapped around her neck. She had 2 seizures after birth. Cerebral edema was present after birth. She was found to have a dislocated hip at 4 months old. Treatment was performed for 4 months. A repeat Xray was done at 8 months of age and the dislocation was no longer present.
She can stand for 10 seconds on her own and takes 2-3 independent steps. She has difficulty with all motor activities: struggles with going from laying to sitting, and sitting to knees. She reaches with both hands for an object and grabs it. She moves an object from one hand to the other, touching it. She holds a toy in her hands and examines it. She claps her hands. She holds two objects and hits them into each other. She puts or takes toys out of a box, flips through pages of a children’s cardboard picture book. The only toy she is interested in is a ball. She has difficulty catching small objects, as well as performing more complex actions – stringing, arranging towers, etc. She is described as having “slight delays. She has difficulty interacting with other children and does not have an attachment to the foster family. She will make contact with a familiar adult, but has difficulty maintaining the contact/interaction. She will sometimes show appropriate emotions and other times, she does not react appropriately. She does not recognize the emotions of others. She avoids hugs by moving away from the person.  She understands what is said to her. She is saying some simple words and can also say sounds and respond to questions like, “What sound does a dog make?”Changes in her environment makes her anxious 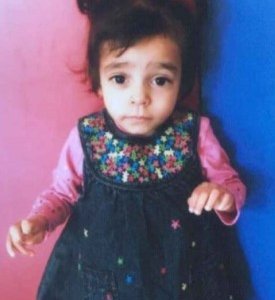 LACY for the Bishop family — VA Scroll to top