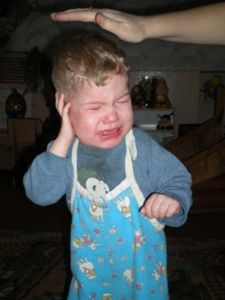 Matvey is such a cute little boy, with blonde curls!   He is cognitively delayed, but does not seem to have any official diagnosis other than that.  He has amazing potential!!   He was transferred to another region in 2010.

Please give this little guy a chance to fulfill his potential!    One of our own adoptive families who visited with him in March 2008 shared this with us:  “This little guy did NOT want to be photographed!  He was quite happy doing whatever he was doing before being brought into the room but having his picture taken was not high on his priority list.  He has “deep mental delay” (understand that this is according to Eastern European standards — he was more aware and alert than a child with Down syndrome might be at the same age).  I can’t tell you his eye color because he down-right refused to look at me, but those blonde curls sure were cute!”