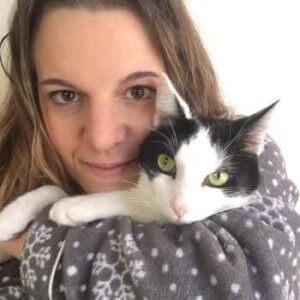 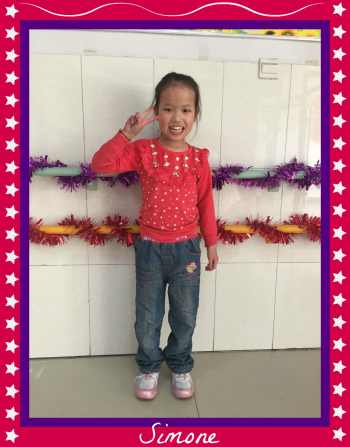 Leah is a lifelong Navy sailor who grew up as a dependent and is now active duty. When she was a young girl living in Hawaii, her stay-at-home RN mother fostered several children under 2 who had special needs for a few months and one at a time while they were between more permanent homes. Even though she was only 5 years old at the time, she fell in love with a baby named Emily whose smile she can still remember and was old enough to understand that adopting meant adding a child who didn’t come out of her mommy’s tummy. Since then, adoption has been at the forefront of her mind when it comes to adding kids to a family of her own.

In 2015 while stationed on a ship, her church hosted an adoption agency that talked about older child adoption. They told her that even single women who work full time on a Navy ship can adopt. Leah knew that her time was coming when she would add to her family of one.

In January of 2019, a friend shared the Reece’s Rainbow page of a girl who was aging out and Leah felt the tug on her heart. She began prayerfully considering adoption in the near future and knew it was almost time. Almost one exact year later, another girl with the same special needs was shared to Facebook by a friend who had already completed an adoption for a child on Reece’s Rainbow and was working on her second. Leah knew it was time and began her home study that month.

First time international adoption can be a long and difficult process and the child that Leah is working toward adopting doesn’t have much time! Any kind of help is welcomed and appreciated and thanks to all who follow this journey to make the Davis family go from one to two!