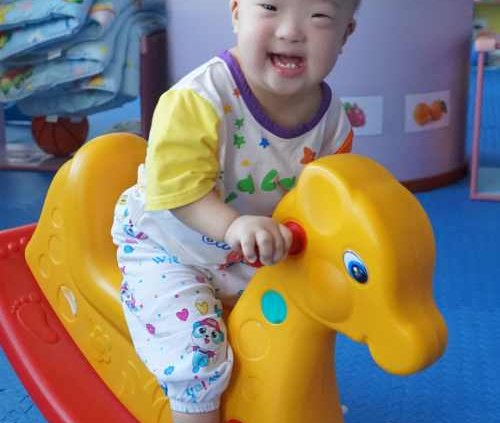 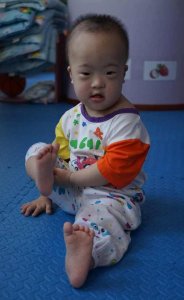 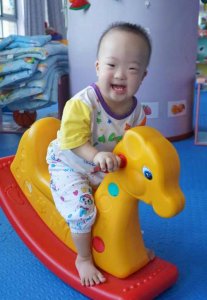 May 2020 Written Update: His cognitive abilities are slower compared to typical children, but he has not other health issues. He is not yet potty trained, yet he is working on it. Houston has a lively personality! He can crawl and walk with assistance. He can grab small things with his hands. He is attached to his foster parents; the foster family likes him very much. Houston has delayed language; he doesn’t speak yet. He will grunt and point to something that he wants. He can understand simple instructions such as to pick something up. He likes to watch TV and play with cars.

Houston is a precious and smiley little guy! Houston can roll over, sit alone steadily, and crawl. He can stand with his hands held and he can change position easily, including going from a kneeling to sitting position. When there are toys beyond him, he crawls to reach them. Houston likes colorful toys and balls. He likes to bounce balls and bang two toys together to make sounds. Houston loves a lively environment and will crawl to a place with many children and sit down to observe the caretaker and children’s activities. He knows how to grab his favorite toy and how to throw the toy he dislikes away from him. Houston also enjoys interacting with the caretaker and playing peek-a-boo with her. He knows some simple instructions, such as “Come here,” “Have a meal,” and “Clap your hands.” Houston will crawl to the caretaker quickly and imitate putting a phone to his ear. He is curious about new toys and familiar with his own name. He turns when called and will respond to the caretaker’s facial expressions. When the weather is good, the caretakers take him to play outdoors. Houston has a good appetite and knows how to use a spoon. He can chew and swallow and can eat biscuits without help. Houston is a good sleeper too. We hope a family will come forward for precious Houston while he is still so young!

Houston has a $1000 grant with his current adoption agency.