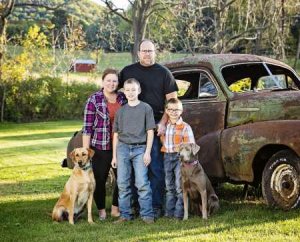 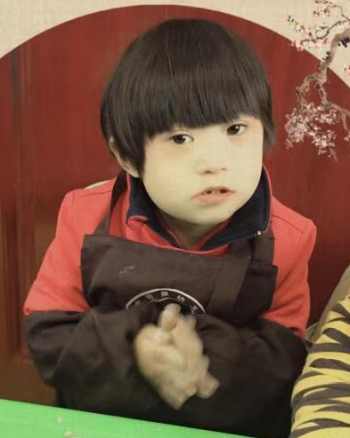 Meet the Carper family from central Pennsylvania. Jason and Candid met the 2nd day of their high school senior year in 2001 and have been together ever since. Jason and Candid were married after dating almost 4 years and Candid competed nursing school. They have 2 boys, Colton who is 11 and Jackson who is 6. They also have 2 labrador retrievers named Gracin and Hope and a cat named Callie. The Carper family enjoys camping with family and spending time together playing outside.

From a very young age, Candid could see people’s ability not their disability and has always been drawn to helping people. In 2007, she began researching adoption, but the timing was not right. She attended nursing school and worked in a long-term care facility for the first few years but felt called to pediatric nursing. She then went to work for an agency that provided care in children’s homes with special needs. After working 7 years for the agency she was blessed with their second son, however he would require a short-term NICU stay. She took time off to help him grow. When she returned to work, she started a new job as a school nurse at their local school district but always felt the call to return to special needs nursing. Candid returned to the pediatric home care and remains there taking care of children with multiple special needs. She has always felt the call from God to adopt but the timing was not right for their family due to caring for Jason’s grandmother for 7 years as well as 2 children.

Jason is the main family provider. He works very hard to be sure that his family is taken care of. Growing up with his grandparents and working on the family farm taught him many skills in life. Jason knows what unconditional love is and is looking forward to a new journey with a daughter.

Colton and Jackson both helped to care for their great-grandmother and showed great compassion in her care. They helped prepare her meals, attend medical appointments and hold her hand to guide her as she was blind. Both boys have been recognized in their school for helping others and having a loving heart. They are looking forward to a sister and being her protector.

In 2019, the call from God became greater and Candid began researching adoption again. She began praying for her family and for their future daughter. In July of 2019 she came across an advocacy post of a little girl with down syndrome. She then began having dreams of her and she just knew that she was who God had placed on her heart for her family to adopt. The Carper family began praying about adoption and in October they submitted their application to bring home a precious little girl.

They are now home study approved and have sent in their LOI and I-800A forms. Please pray for their family and little girl as they are excited to bring her home and become a family of 5.