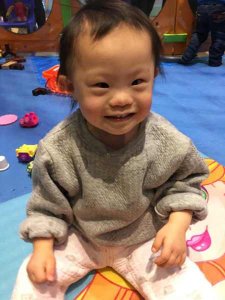 Susan knew that one day she would build her family through adoption after watching a 20/20 episode on an orphanage in Romania back when was she was 11 years old. Susan grew up with a sister that is 13 years older than her and always longed to have a large family. Grant was raised in a larger family and knew that he wanted a large family of his own. Susan shared her passion for adoption when she first started dating Grant. When Grant and Susan got married they came into the relationship with two biological children each making them a blended family.

They have now been through the international adoption process twice. Their first adoption was their son Soo Min who was adopted from South Korea in 2008 when he was 3 ½ years old. Soo Min has a form of primordial dwarfism, failure to thrive, and PDA. He is doing amazingly well, thriving, and bringing our family so much joy. Grant and Susan started their last adoption in 2014 with hopes to bring home their daughter, Eden, from Ghana. They traveled there, had her in their care for two weeks and even passed court. What they did not know was that everything was falsified information and she was never legally adoptable. To say they were all heartbroken was an understatement. One month after losing Eden, Susan became pregnant with their son Hudson. It is amazing the way God works.

This decision to adopt again wasn’t taken lightly. The decision this time around had many things to consider and time needing to heal from the failed adoption in 2015. Knowing and understanding the permanence of adoption is why the last time was so painful: Eden is still somewhat part of the family, and the reason the Lee children always say there’s eight children in the family. The Lee family started to pray about adoption again and researched programs that have a long history of success. This is what led them to Asia this time. Susan would lay in bed for hours scrolling through Reese’s rainbow looking at children waiting to be adopted. When Susan saw Alisa, she knew she was her daughter. She went back and forth between many kids and something was calling the Lee family to Alisa. They have a current Home-Study, have submitted their I-800A, and are compiling their dossier paperwork.