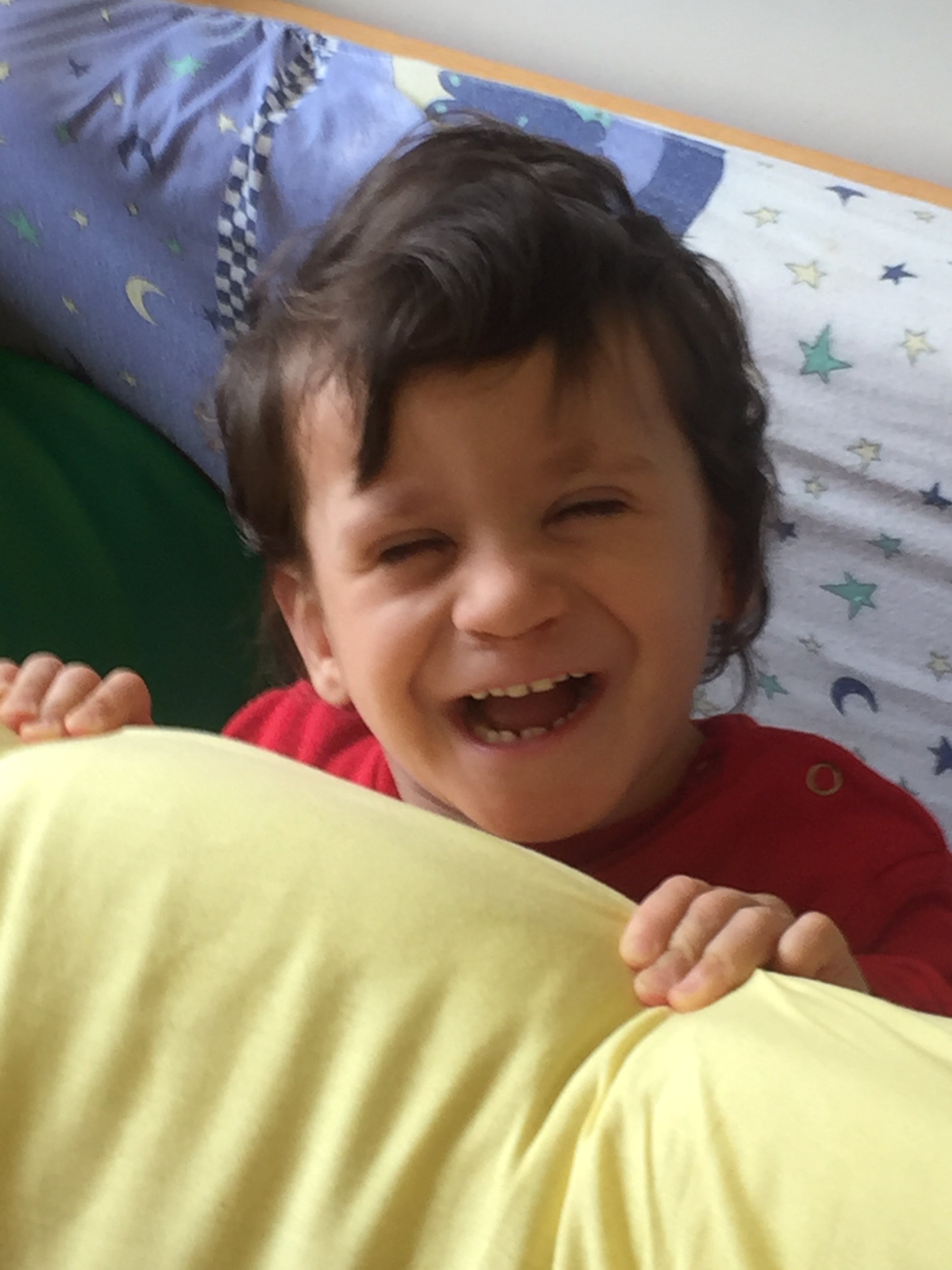 Jared and I got married on October 1st 2011. After only knowing each other for a couple of months. We started our new life together in Hawaii with our son Tayler who was 8 years old at the time.  Jared joined the Army in 2008. He has had 3 deployments (soon to be 4) countless rotations and months of school. We have moved together as a family 5 times in these last 8 years (it feels like more!)

We had Matthew in 2013, Noah in 2015 and in 2017 we were pregnant again! I went in for a gender scan and found out we were finally having our girl!!! (I also had another son in 2005 that passed away from SIDS). We had a wonderful announcement with a piñata that the kids got to hit, filed with everything pink! The very next day I got a phone call that would change our lives forever.

The ultrasound tech that did the gender scan saw some fluid on the back of our daughters neck. A couple days later we went to see the MFM and found out she had a Cystic Hygroma and hydrops. We were told she either had Turner Syndrome or Down syndrome and would likely not make it. We were recommended to terminate the pregnancy. I told him to never mention that to me again, how dare him! After testing, it was confirmed that she had Turner Syndrome. We prayed so hard for our girl and had so many people praying as well. A couple weeks later, the hydrops was gone and the Hygroma was resolving. Our daughter was born in September 2017. She is part of the 1-2% that make it to birth. We are so blessed.

We have talked about adoption on and off over the years. We thought it would be much later down the road. But other plans were in the making for us.

A friend of mine messaged me telling me about a little girl with TS that was an orphan living in Eastern Europe. I immediately fell in love with her and shared her story all over FB. She was absolutely beautiful she has a full head of beautiful dark hair, the prettiest eye lashes and a smile that can brighten anyone’s day. Everyday I’d look at her pictures, think about her and pray for her.. I felt such a strong bond to her, I just knew she was my daughter. After talking to Jared, we decided to bring her into our family. Our boys are so excited and our daughter looks at her pictures and calls her sister. They ask about her everyday and look at her pictures. We can’t wait to have her home!

The Slate family has received a $2000 grant for the girl they are adopting.