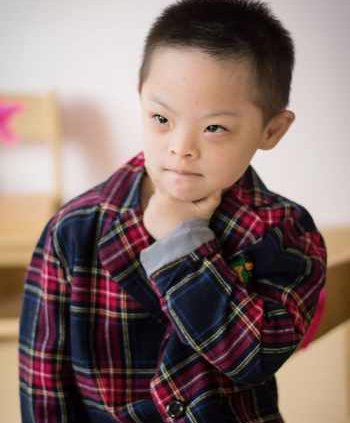 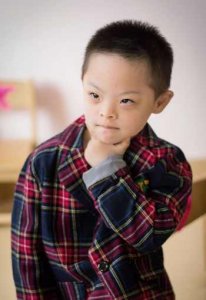 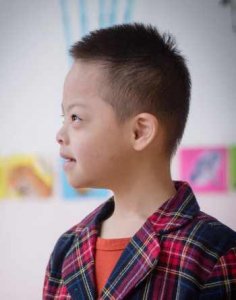 Braxten is described as an active and outgoing boy who has good motor skills. When the weather is nice, he will play with the other children outside. He is able to run and jump. Braxten has good language development. He can’t pronounce words clearly, but is able to express his needs well. If he can’t be understood, he knows to use gestures. He goes to school in the special education class. Braxten knows some colors and shapes. He is full of energy in class and always puts his hand up to answer the teachers’ questions. He speaks more under the encouragement of the teacher. In front of the strangers, he seldom speaks. Braxten likes to listen and dance to the music, perform, and play with the children who are in the same special education class. Braxten also likes to watch cartoons and play with blocks and toy cars. He is not a picky eater and his favorite food is candy, but he can’t chew well and eats slowly due to his poor swallowing function. Braxten is closest to the caretaker who cares for him and to his main teacher. He knows how to share his favorite toys and he has good self-care abilities. Braxten is able to put on and take off his clothes, brush his teeth and toilet independently. He can be obstinate and lose his temper at times, especially if his needs are not met. With some coaxing, he calms down. In September of 2010, he had surgery for his ASD and he recovered well. Agency staff have met Braxten a few years ago and had good things to say about him and how he was doing!

Braxten has a $2,000 grant available from his current adoption agency.