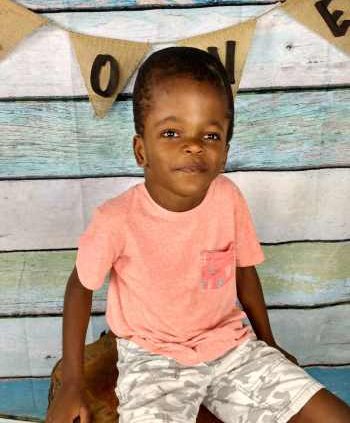 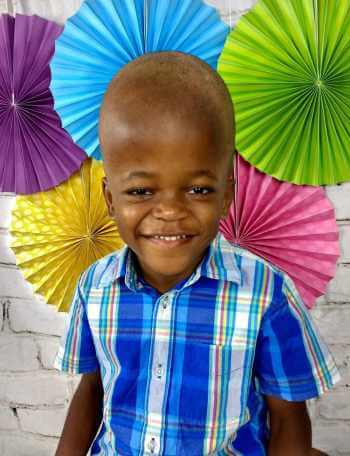 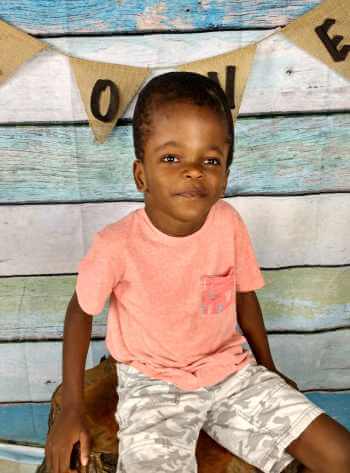 Bennett is a very social child. Whenever he sees his friends, he eagerly greets them with a smile, a hug, and a “Happy Birthday!”

He had hydrocephalus as an infant that was treated with a VP shunt. The shunt was later removed but he still has macrocephaly. He does have a history of seizures which are very well controlled by medication. He receives physical therapy twice a week and has made tremendous progress over the past several years. He is fully mobile, can feed himself, and go to the bathroom independently. Bennett wears a helmet to protect his head. He has become fond of his helmet though because he can show off his headstand.

When he is not at home, you will often find him enjoying jumping on the trampoline, playing on the playground or going on a walk. He needs redirection often because he is always on the move. Although he is generally happy, he can get frustrated when people do not do what he wants to do or if he is being asked to do something he is not ready for.

Bennett’s favorite part of school is circle time because he likes to sing songs and answer ALL the questions even if his answer has nothing to do with what was asked. He understands and speaks English as well as his native language. He is known for reciting the four seasons in English quite well. At home, he loves to ask other people to dance and sing with him too. Bennett loves to make people smile! 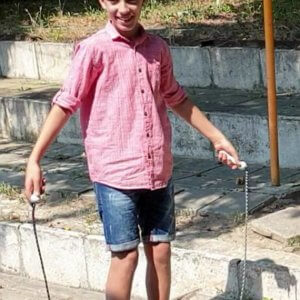 Molly and Mason #
Scroll to top