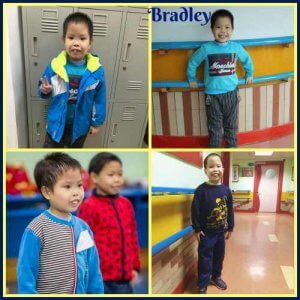 Bradlee is a sensible and well-liked boy, born in August of 2008, who gets along well with the other children in his school and orphanage. He’s not always serious though, as he’s up for a good laugh anytime! Bradlee started attending school at the orphanage in September of 2015. He’s been taking language arts, math, art, music and PE. Bradlee’s teachers say he’s a good student and participates in class. At the end of the first semester of school, he received the “Star of Good Behavior” award! Bradlee is independent with dressing, bathing, and making his bed.

An adoptive mama and advocate has met this child, who she called Brett, and wrote this post about him: https://adoptingthalassemia.com/2018/04/19/smiley-brett/
When admitted to the orphanage Bradlee was initially diagnosed with a heart defect, but later ultrasounds showed it resolved on its own. Bradlee was born with beta thalassemia major and currently receives blood transfusions every two months, as well as chelation medication to treat iron overload.

It is clear Bradlee isn’t getting the care he needs or would get here due to the frontal bossing you can clearly see in the forehead area. If untreated or treated improperly, beta thalassemia major can cause the bone marrow to expand. Bone marrow is where most of the blood cells are produced in the body. The bone marrow expands because it is trying to compensate for chronic anemia. This abnormal expansion causes bones to become thinner, wider, and brittle. Affected bones may grow abnormally (bone deformities), particularly the long bones of the arms and legs and certain bones of the face. When facial bones are affected it can result in distinctive facial features including an abnormally prominent forehead (frontal bossing), full cheek bones (prominent malar eminence), a depressed bridge of the nose, and overgrowth (hypertrophy) of the upper jaw (maxillae), exposing the upper teeth. The affected bones have an increased fracture risk, particularly the long bones of the arms and legs. Some individuals may develop ‘knock knees’ (genu valgum), a condition in which the legs bend inward so that when a person is standing the knees will touch even if the ankles and feet are not. Bradlee desperately needs to find a loving family soon- access to good medical care will be life-saving and life-changing for him!

There is a $2,000 agency grant for Bradlee’s adoption with his current adoption agency. The Cooley’s Anemia Foundation is also giving a $1,000 grant for any child with transfusion dependent thalassemia. 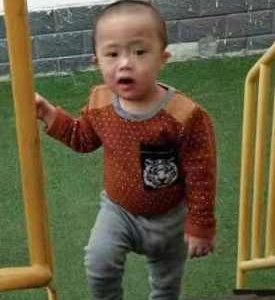 A Family for HENRY Scroll to top