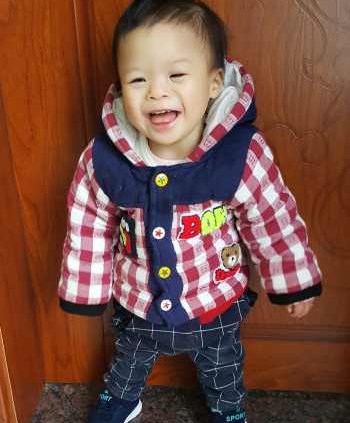 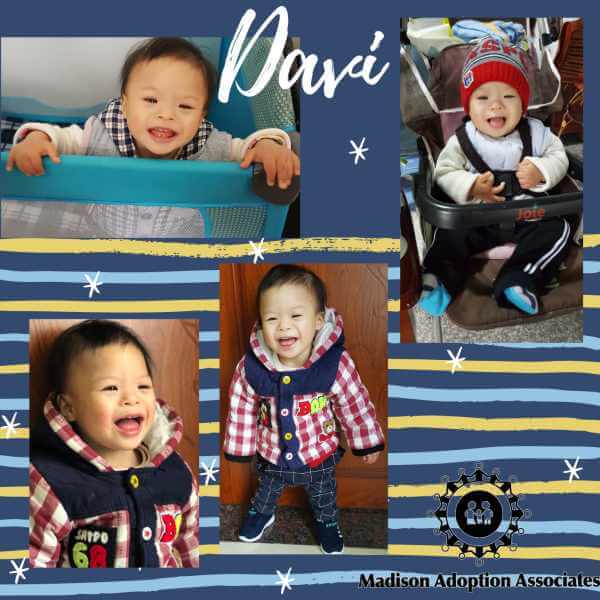 New pics, videos & update from May 2020:  Davi is an adorable little boy, born in August of 2017, who is described by his caretakers as active, energetic, curious, and smiley. Davi was born with Down syndrome and congenital heart disease- VSD and ASD. He was weak as an infant because of the CHD, but has since received surgery to repair the ASD and VSD. A lot of improvement was seen after surgery. Davi has good physical development and flexible limbs.

Davi likes listening to music, is curious about his toys, and enjoys watching cartoons, playing on ipads, and playing outdoors. Davi interacts well with familiar people. In fact, he loves spending time interacting with his caretaker more than anything else and will smile happily when teased. He loves to explore his surroundings and his favorite location is the kitchen. As of his most recent update, Davi was just starting to walk independently, but was unable to run or jump yet. He can speak baby words, express his likes and dislikes through his facial expressions, and recognize the faces of those he knows. We are loving Davi’s recent photos and videos- don’t miss them! Who will be the lucky family to bring this sweetheart home?