Dino enjoys cuddling and sometimes acts spoiled, but is obedient and gets along well with the other children. He is an active and restless little toddler, with a big smile and long eyelashes. He likes to sit in his stroller out in the sunshine, and will lift up his legs to peel off his socks! Dino has Down syndrome and has been diagnosed with a congenital heart defect (PDA), but has not received any surgery for it. After just 3 months following his admission into the orphanage, he still couldn’t raise his head due to low muscle strength in his neck. He began receiving rehabilitation and early intervention training to increase the strength of his muscles. Three to six months after beginning the training, he was able to raise his head, turn over without help, sit alone for about 1 minute, and grab on to large objects with both hands. When he turned one year old he drew lots and chose the pen right away, so his foster mother believes he will be a writer! Shortly after his first birthday he could make ‘yiyiyaya’ sounds and recognize his name when called. He is waiting for a home to call his own and for a family to love him unconditionally.

Dino has a $4000 grant, available to families who qualify, to assist with the cost of this adoption. 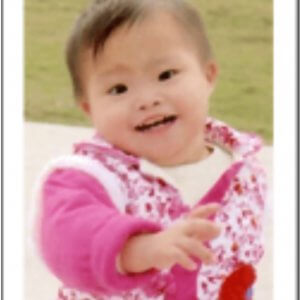