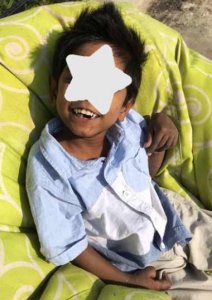 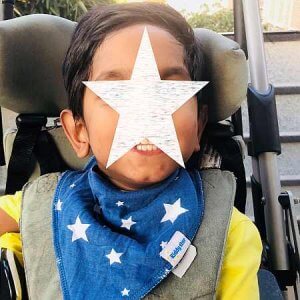 February 2020 Update: Connor’s dark brown eyes and sweet smile are captivating. He has a kind, funny, gentle soul. He is cautious of new people in his home, but friendly. Connor has displayed the ability to cultivate deep connections with a trusting caregiver. He continues to love to be held and cuddled. Connor has become more interested in playing with his friends rather than self-play. He always wants to be included in activities. The cheeky little boy that he is, he loves to wiggle around or kick his legs when receiving feedings through his peg tube. He laughs and laughs as his caregiver attempts to get him to sit still long enough for his nurse to administer his feeding. Connor loves dancing to music, any chance to be outside, one-on-one time, watching movies and making crafts with his teacher. Connor enjoys watching his surroundings. When something is happening that he does not like or if he wants to be included in an activity he makes sure to let you know. Connor is incredibly smart. While he is nonverbal, he is very communicative and expressive. He makes his needs known clearly and is never afraid to express exactly what he wants from you.

Connor uses switch toys and certain iPad apps in classes. He loves doing activities that allow him to make independent choices. Connor has learned how to identify and point to different body parts when asked. In therapy, Connor is working on sitting independently. Currently, he is able to do so for ten, consecutive seconds. During free play, he likes to roll around next to his friends and often rolls into them, laughing. Connor would make such a wonderful son. His heart longs for family and deep connection with others. 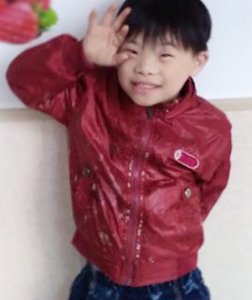