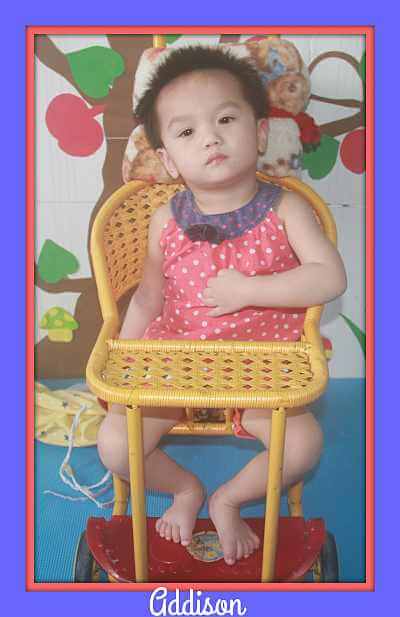 Addison is a petite and precious three-year-old girl who loves to be cuddled. When Addison was younger, she could walk independently and she had good fine motor skills. She could take small things out a bottle, turn the pages of a book, and take off her own socks. Addison loved to wave hello and goodbye, clap her hands, and blow kisses. Her nanny adored her and often took her to play on the playground. Addison could speak simple words, such as mom and sister and she could understand the adult’s instruction. She was described as cooperative, active, full of expression, and adored. Addison was sometimes mischievous and would occasionally lose her temper, as any 2-3 year-old would. She enjoyed the rocking horse and playing with balls.

In April of 2016 she started having seizures and was sent to the hospital for treatment. She does have a CT scan in her file which was normal, but once Addison came back she was like a different child. She had stiff limbs and couldn’t walk or sit. She was able to make small guttural sounds and could visually track moving people. The orphanage decided to have her start rehabilitation training. Addison started receiving acupuncture and massage therapy and her muscular tension improved. She can now hold her head up when lying on her stomach and responds to toys that make sound. She knows her name and will look when called. She still makes good eye contact, but has less facial expressions than she used to. She now imitates making sounds and recognizes people. She is still attached to her favorite nanny and enjoys when the nanny spends time with her. She will cry when the nanny leaves. Her nanny spoon feeds her porridge and she often bites the soon tightly and sometimes has trouble swallowing.  The agency has received a recent update. This sweet little girl has been through so much without a family by here side. It is our hope that the perfect family for her comes forward and meets her where she’s at and helps her reach her fullest potential! 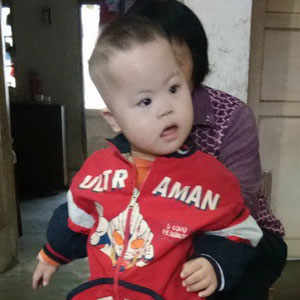 Augustine for the Creyer family — PA
Scroll to top