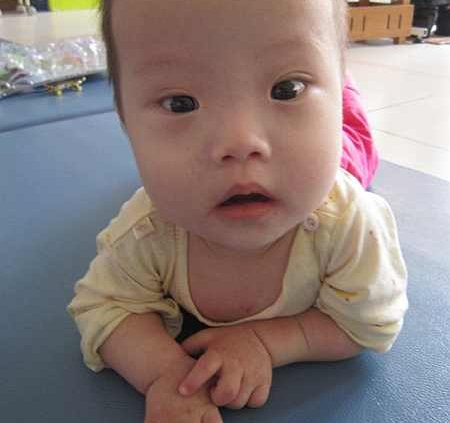 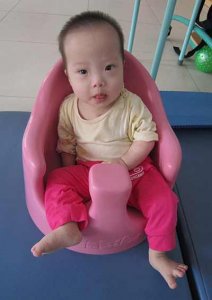 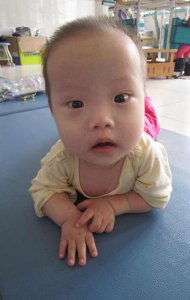 Sixteen month old Colt is a curious toddler who loves music! Whenever he hears it, he follows the music to shake and dance. Life of the party! His developmental report was completed in June when he was 13 months old. At that time, Colt could raise his head when lying on his stomach, turn over by himself, and grasp his feet to play. He loved to tease people. He will stick is tongue out, make faces and laugh. When he’s excited he says things like, “Ah ba da!” He babbles in response to people. When he goes outside, he is very curious about his surroundings. He engages people with eye contact, and he can nod his head for “yes.” He is strong-willed, and if he doesn’t like what you’re doing, he lets you know! Colt is closest to his caretaker. He enjoys colorful toys that make sounds. Colt was diagnosed with Down Syndrome, and he has had surgery to correct an atrial septal defect.