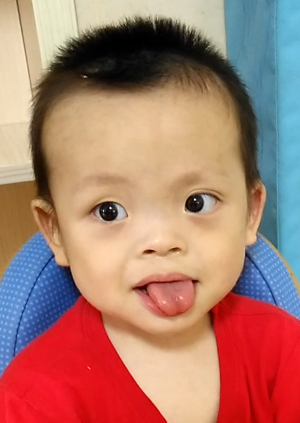 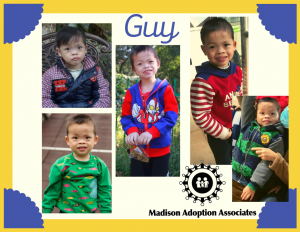 Update December 2019:  Guy is growing up to be such a handsome boy!  He is a happy boy who loves to play and spend time with those he knows well, giving big smiles and lots of affection. He lives in a centre in a small group home with other similar aged boys. Guy loves attending circle time in his home, which involves group songs and interactive games. He also enjoys being taken to the playground next to the building that he lives in, particularly liking the swing and slide. Guy has started to develop imagination in play! He loves pretending to pick apples from a tree and eat them with his volunteer grandmother. His attention span in play has been noted to be growing, and he can play for extended amounts of time with motivating toys and activities.

Guy attends kindergarten lessons 3 days per week, and is making great progress in his learning, play, and self-care skills. Guy is very proud that he is now able to independently feed himself with a spoon! His carers report that he is a great little helper, often helping with tidying up after mealtimes or putting toys away when playtime is finished. Guy is a social boy, who actively tries to communicate through a mixture of gestures and a few simple words. Those around him describe him as a child who knows what he wants, and that he will persist in making himself understood despite his lack of speech. Guy is able to follow basic instructions and engages well with his structured daily routine. We are hoping that his forever family sees him soon! 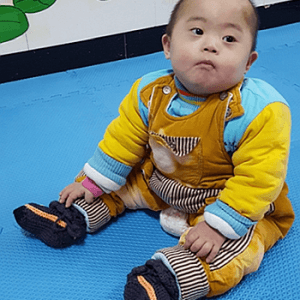 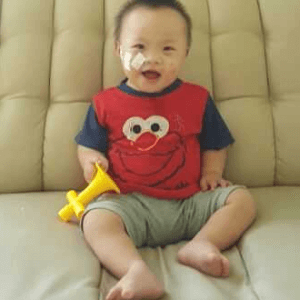