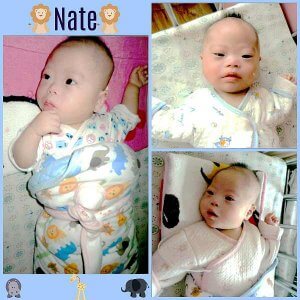 Nate is a gorgeous and active 14 month-old baby boy who likes being held by his caretaker. Nate likes bright colors and listening to music. He enjoys playing with the music rattle toy attached to his crib. He is attached to his caregiver and is very happy when he sees his caregiver coming, especially if she is holding a bottle of milk or toys. He will reach out his hands to ask for them and his face is full of happiness. He reacts to sounds around him and if he’s upset, he’ll calm down once held. When the weather is nice, Nate spends time outside to get some fresh air, play in the grass, and look at flowers. He is always happy to be outside and to watch other kids play. Nate bathes daily in the summer and three times a week in the winter. He loves being in the water and will kick the water with his feet, while holding onto the sides or onto a caregiver with his arms. Nate’s file was prepared in January. At that time, he could turn over with a bit of help, hold up his head while laying on his stomach, and grab toys or other people’s hands. He was making babbling sounds. We hope that Nate will be able to come home while he’s still so young!

Nate’s current adoption agency is offering a $5,000 grant towards his adoption. 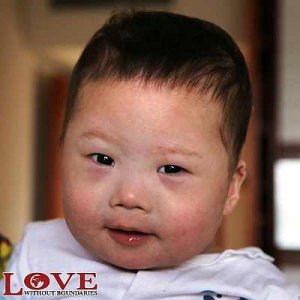