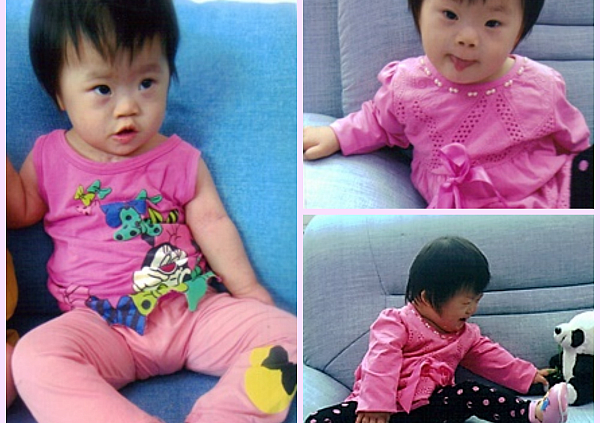 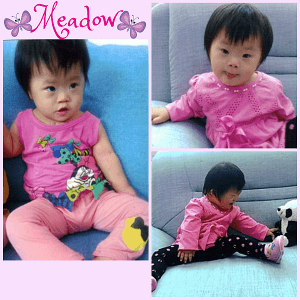 Meadow is a beautiful girl who was found as a newborn and was moved into a foster family in May of 2016. She adapted to her foster family quickly and has a good routine schedule, including a daily nap. Meadow has a good appetite and is not a picky eater. She loves the snacks her foster mother gives her between meals. Meadow takes a bath twice a day in the summer and once in the winter, generally before going to bed. She is currently in diapers. Meadow was born with down syndrome and heart defects (ASD, VSD, and PDA). In November of 2015, she underwent surgery to repair her VSD and ASD and had a PDA ligation with tricuspid valvuloplasty. Her file mentioned her receiving a temporary pacemaker. In September of 2016, she had a brain MRI- there were no abnormal findings, but they did note that she had bilateral mastoiditis. Also at that time, she had genetic testing done and it was found that Meadow had alpha thalassemia (meaning she is just a carrier). A couple days later she had a mass on her neck looked at and nothing abnormal was found.

Meadow is not speaking yet, but she can turn her head when her name is called. She likes playing with adults and will often babble happily when playing alone. Meadow can sit and turn over on her own. She uses gestures to communicate- such as purposely putting her foot on her foster mother while lying on the bed or tugging at her clothes or wrist when she sees people eating. Meadow enjoys playing with dolls and giggling. A family will be blessed to have this little angel as a part of their family! 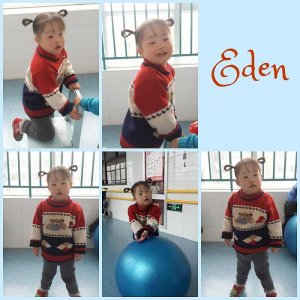