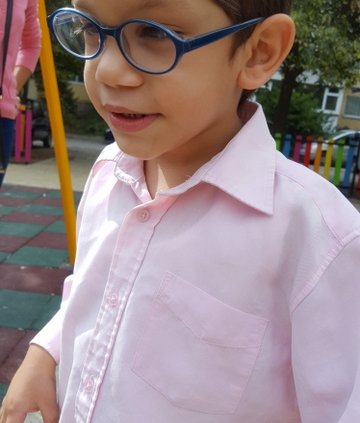 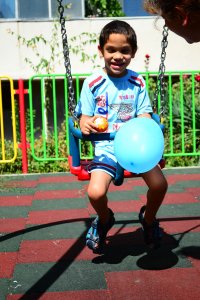 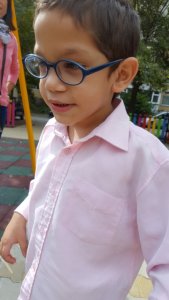 Clifton lives with a foster family.  He loves to listen to music and dance and is always looking for a dancing partner! His foster family is working on him walking longer distances independently.  He is learning how to play with toys and interact appropriately with other children.  He has few words and does not follow verbal directions.  Clifton is receiving therapy multiple times a week.

Clifton’s gross motor skills are well-developed – he moves around independently, even at long distances, and he has no difficulties walking on different surfaces. He can now run (since the beginning of January 2017). The deficits noted previously in Clifton’s fine motor skills have been compensated to a great extent. He can transfer small elements with a spoon from one bowl into another with an adult’s assistance, he plays with certain materials and toys, he clips and unclips clothes pegs, he looks for an object hidden in the sand and he takes it out with great interest. He holds a pencil and leaves pale traces with it on a sheet of paper. He does great eating with a spoon. Clifton accepts the toothbrush and allows for his teeth to be brushed.

It happens more and more rarely for Clifton to demonstrate anxiety in response to being introduced to unfamiliar places and people. The stereotypic movements he demonstrates when someone initiates interactions with him have decreased significantly. He imitates actions he has observed more often and more successfully than before. Clifton becomes lively and starts dancing whenever someone is singing or plays music.

Clifton is  calm in his new foster family, he often smiles and he laughs aloud while playing with an adult (or with the girls in the foster family). He is especially attached to the foster father and the younger daughter in the family. Clifton has become a lot more sociable in the last 6 months: he seeks children’s attention, initiates interactions, accepts unfamiliar people a lot easier, maintains a smaller distance between himself and others and makes eye contact.

Although Clifton has poor passive vocabulary, he follows simple instructions provided that those are accompanied by nonverbal means of communication. His speech development is at the level of producing chains of syllables. He uses “No” appropriately so as to express his disagreement, he sometimes uses “Yes” and “Give me”.

Clifton initiates physical and emotional contact with his foster parents and their children as well as with the specialists working with him. He is especially attached to the foster father and the youngest daughter in the foster family. His interactions with other children have changed significantly – he plays with them for a long time and he is making attempts to cooperate with them.

More photos/file are available from his agency

*** I am eligible for a $2,000 Grant! ***
This grant is offered by Reece’s Rainbow, for children in this specific country. Grant funds are dependent on available funding. 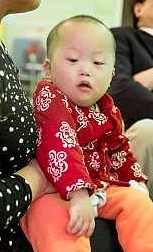