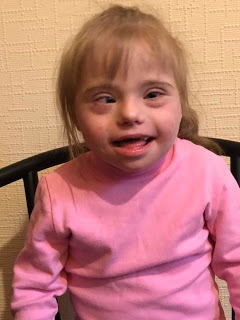 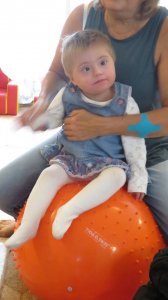 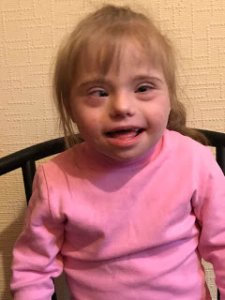 From a family who met her in Feb 2019: I think she is developmentally delayed and seems to be somewhat lost in her own world. She does smile when tickled, held my hands to play a game rowing back and forth, and she giggled when I clapped her hands. She is sweet, doesn’t cry often. She doesn’t like change or new places, but is content to be in her own area and hang out. She likes other kids to be around. She does not seem to hear or see very well. She does hear somewhat because she makes noises when it is silent, but doesn’t respond much to silly noises or her name. She reached for her nanny when I was holding her. She sits, stands, and when walks while holding hands. She is fed via NG tube but they are working with her to eat by mouth and she is making progress. She is adorable and sweet and so deserving of a family. I do very much believe that she will progress with a family willing to give her the help she needs. She has some autistic tendencies like repetitive movements of her hands. Personally I do not believe it’s full autism but maybe more like sensory issues because of her hearing and sight issues.

From a family who met her in February 2017:  ” She is what would be considered “low functioning”. I would describe her as autistic, although autism is not listed in her chart. She is currently fed via tube inserted into her mouth to her stomach. She was sick with a flu type virus and sent to the hospital. Prior to that visit she was eating regularly by mouth. After a week at hospital being fed by tube she has had difficulties swallowing. She is small. The size of a thin two year old. She does gently reach for your hand and make some eye contact and interaction. She has VERY low tone and does not sit up on her own. She is gentle. She does not yell or cry according to nannies, she is gentle with other children and mainly keeps to herself. Playing with her hands.”

From a missionary who met her in December 2016:  “Strabismus. Low tone. Very cuddly and mushy! Can stand with some support. I showed them some therapy positions and exercises for them to do to get her to weight bear on her feet and I can tell that they have been doing it. Her nose and eyes were excessively yucky and I suspected that her hearing was impaired from fluid. I discussed it with her doctors and they were going to follow up on it. She makes sounds, no language. ‘Lower functioning’ (but I hate to say that). The orphanage workers love her and I think that is a problem in that they carry her about. She is in a baby house with typical peers. I believe with some medical attention and therapy she is capable of progressing.” 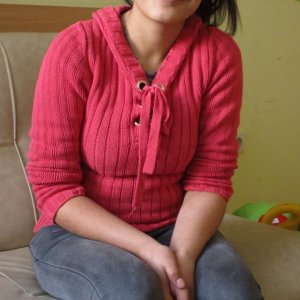 BODEY for the Mendez family — VA
Scroll to top