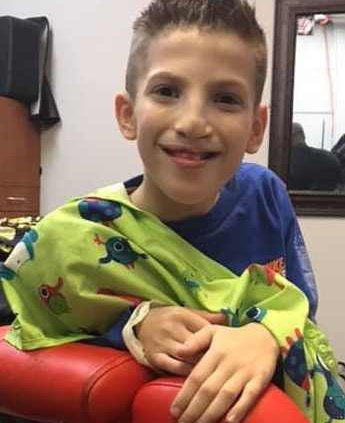 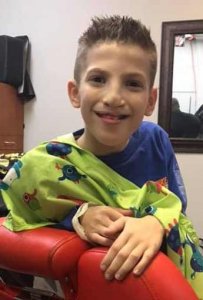 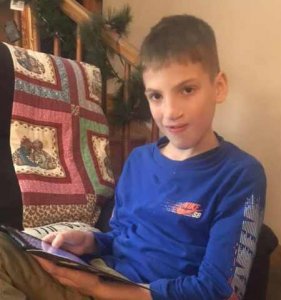 Update from a family who hosted him:   If there is ever a boy who is destined to be someone’s son, it is Seth.  Hosted in December 2019/January 2020, he truly showed what an amazing and sweet kid he is.  Seth longs for a family of his own, a mom to hold hands with and hug, a dad to share a snuggle with and a laugh.  He was one of five kids during a Christmas hosting, and he did fantastic even with the chaos.

Seth does have additional needs.  His Cleft Palate has been repaired at some point, and we had no issues regarding his cleft palate during his month with us.  When adopted, he will need some speech therapy.  But that does not stop him from communicating!!!  He can speak some English, and LOVES learning more English!  Every day during hosting, he would sit down and do English lessons, and openly try to engage in English discussion.  However, when nervous, Seth has a slight stutter.  He is proficient at using a translation service like google, and his favorite thing to write was: I love you mom.

Seth is a funny kid, and has a great sense of humor.  We would openly joke for Christmas all he was getting was underwear (he wanted a digital watch)…and it was an ongoing joke with him all hosting.  He also loves all other boy things: legos, playing games on the tablet, and going for walks to the playground.  He hesitates to try new things, but once encouraged…he was unstoppable!  He loves the trampoline park and bowling.  His favorite food is pizza.  He also can eat applesauce by the jar full, as well as crackers.

Seth is a big helper, and really loves to try to please.  We do not require our host children to assist with lots of chores, but every day he would find the broom, or mop, or vacuum and he’d busy himself.  All he wanted in return was praise and a hug.  Seth was really open with affection, and loved to hold hands, be rocked, he loved bedtime stories, hugs and kisses, and would love to show off his video games. He related well to anyone in his host family, but did struggle with meeting strangers.  He did warm up to people once he realized they were family friends.  He would comply with just about any request (not so much on eating vegetables, but everything else), and was very appropriate with his interactions with his host family.  We had no major behavior issues during his month-long hosting.

Seth bonds well with family.  He longs for a connection.  He is meant to be someone’s son.  His ideal family would be aware of cognitive delays associated with FAS, and be trauma informed with an understanding of institutional life.  He has spent a large portion of his life in an orphanage.  His orphanage director is very eager to find Seth a forever family, and very supportive of his future.

While in America, we asked Seth his birthday for paperwork we were completing for the trampoline park, and he has no idea when his birthday was.  He said no one had ever celebrated him.  A few days later, all the host families came together for a birthday celebration for Seth.  He was so pleased to have his very own cupcakes, and grinned all evening as we looked at pictures.  On departure day, he was very very sweet and cried a lot as he boarded the plane.  He’s still very young, he needs family to watch out for him, to teach him, and to love him for the amazing little boy he is.  Seth is very capable of learning, his behavior issues were very minor, he has the worlds best smile, and a heart of gold.   Seth would thrive in a family where a mom and dad could love him. 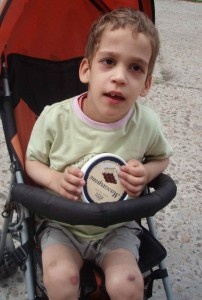