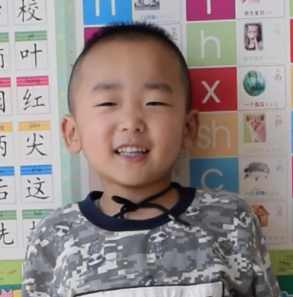 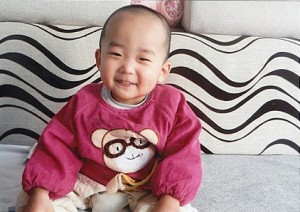 Riley is an active, and incredibly adorable, little boy who is 3 years old! He came into care when he was about 8 months old. He was already crawling, and standing with support. Riley received surgery for a tethered cord in May of 2013. After his successful surgery,when they removed his catheter, they found there was an apparent urethral injury. They performed a cystostomy (a surgically created connection between the urinary bladder and the skin which is used to drain urine from the bladder in individuals with obstruction of normal urinary flow). Riley recovered well, and was returned to his foster family. He is a smart little guy who is very social. His fine motor skills and speech are on target. Riley is attached to his foster dad, and loves to play with the other children in the foster home. Riley needs a family of his own!

OCTOBER 2017 UPDATE: Percy is a very bright and cheerful boy. He has an adventurous personality, is eager to try new things, and has an open disposition that is friendly, but not inappropriately so. He is not afraid of foreigners from overseas and was immediately interested in learning English with American volunteers in school and was one of the first to master the alphabet song. He has a good ear for language and has soaked up everything he can learn in English and he retains it (colors, shapes, animals, clothing, parts of the body, etc.). He has a great sense of humor, loves to laugh, and gives a loud “Good Morning!” and hard high five whenever he sees his English teachers. He has learned to read some characters in his native language, knows his numbers, has started basic math and knows many songs and dances from school. Percy lives with an attentive foster family who would love to see him adopted as they know that he needs medical treatment from pediatric specialists. He interacts appropriately with peers, is silly and fun with his little friends, but not unkind.