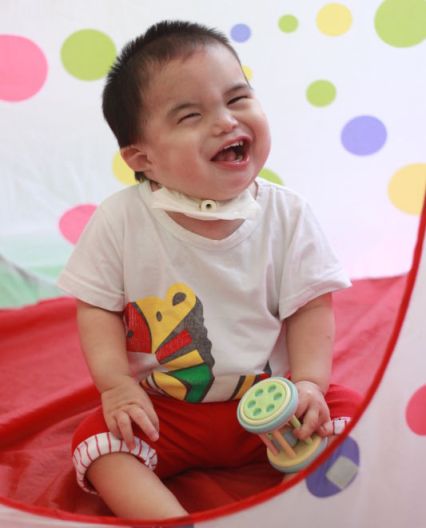 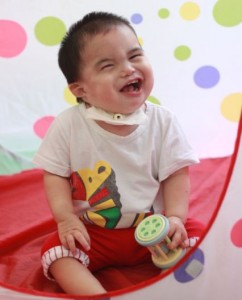 Jonathan turned two in July. He was abandoned near a garden when he was about three weeks old and has lived in the orphanage ever since. Jonathan was born with a few challenges: a congenital heart defect which was repaired when he was two months old and is thought to be resolved, extra fingers on both hands, a small ear lobe deformity, and torticollis. At 10 months old, he had surgery to reconstruct his larynx and now has a tracheotomy, which is checked every 6 months and hopefully will be removed soon. At 11 months old, he had a feeding tube placed in his stomach (possibly due to the tracheotomy) which will be removed when he’s better able to eat and drink. Jonathan’s left testicle is under-developed. The tracheotomy prevents him from speaking or making any sounds.

Jonathan is described as quiet and shy. He likes listening to music, making others laugh, and playing with toys. He is cruising around his play area and on the verge of walking independently.

Jonathan needs a special family who can see past his current medical issues and help him reach his full potential. Could you be the family for him?