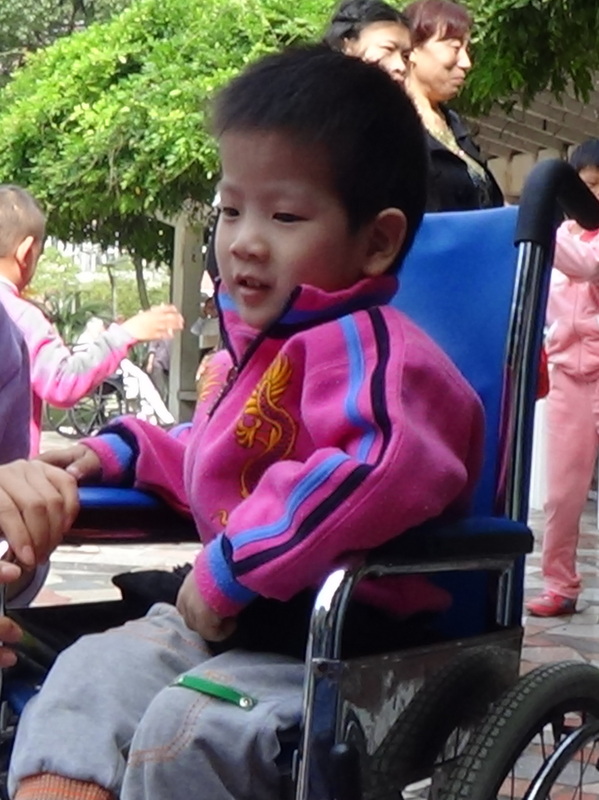 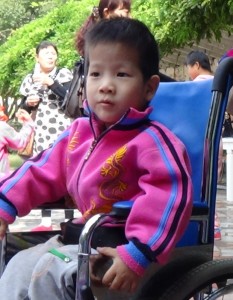 Rory is a handsome, engaging, and active boy who is 3 years old. He came to the orphanage at around 6 months old, and they discovered he had already received surgery for a meningocele, and had a shunt placed for his hydrocephalus. Rory was able to sit unassisted, and before long was crawling. He is having casting procedures to correct his club foot, so he is temporarily using a wheelchair. You can see in his video that being sidelined from the action is almost more than he can stand! Rory has undescended testicles, which need to be corrected as soon as possible. His shunt has been trouble-free. Rory (without the cast) is able to stand with assistance, but is unable to walk at this time. He is incontinent. Rory has no cognitive delays, is a bright and social boy. Before his recent cast, he would get around by crawling and moving with his knees in a kneeling position. Physical therapy would be so beneficial for Rory! He needs a family! Video is available from the agency.

OLIVIA for the Graves family — MD

JADE, OLIVER and BRIAN for the Schultz family — WI Scroll to top